When the Client Won’t Tell You Their Budget 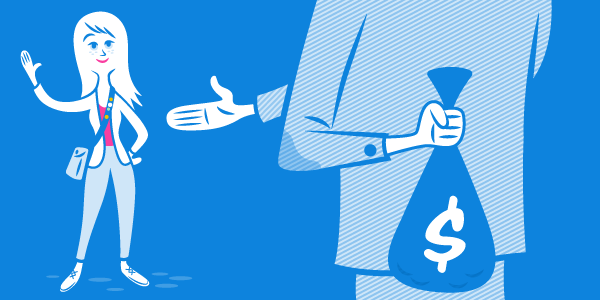 “It’s like shooting in the dark!” exclaimed my client, a website developer. I have NO IDEA how much they’re willing to spend. And I am wasting hours and hours making proposals that are ultimately rejected.

After advising dozens of clients on this issue, I want to share some pointers to navigate budget ambiguity, and preserve your sanity.

Talking money is uncomfortable, and necessary

In our society, we’re not comfortable talking about money. So budget conversations can be stressful for both you and the client. The good news is it definitely gets easier over time. You can also invest in a program like ESP that can quickly remove any discomfort with the subject.

If you don’t talk budget with prospects, you’ll waste a lot of time with off-the-mark proposals, and you’ll miss opportunities to sell projects that are bigger than you expected.

First you have to ask

Just because the client doesn’t volunteer their budget, it doesn’t mean they’re not willing to talk about it. It’s YOUR responsibility to bring it up. An architect was telling me recently that she was often surprised by prospects’ willingness to discuss budget, once the topic was broached.

Here are some good ways to bring it up. My favorite is to being direct: “What budget do you have allocated for this?” If it’s more comfortable for you, combine it with something else to soften it a bit: “OK, the last things we need to discuss are timeline and budget.”

Many reasons they won’t say a budget

When clients say “I don’t know,” or “I don’t want to say,” there are a number of things that might be behind that.

The first possibility is that they actually do know, and they don’t want to tell you. They have a specific number in mind, or at least a rough sense. In this case your job is to tease it out of them. Usually you can get a ballpark idea. I’ll share strategies for that in a moment.

The second possibility is that they actually don’t have any idea what they want to spend. Usually this is because they don’t know much about this type of work. I was in this situation when I hired a DJ for my wedding. Does a DJ cost $500? $2,000? Having never hired a DJ before, I was genuinely clueless. In this situation, you’ll still want to see what ballpark they’re in. And then you’ll need to take the lead in educating them what things cost in your industry.

The final reason a prospect won’t tell you their budget is that they really don’t have money to spend on this. These people, while often well-intentioned, can quickly become a time sink. Identify them and move on quickly, or you will end up giving away a lot of “free consulting.”

Get a ballpark budget

Sometimes you’ll get a very specific number or clear range. But when it’s unclear, the next step is to figure out what ballpark you’re playing in. How many zeros are we talking? Even clients who honestly have no clue what their budget is will still know if we are talking closer to one thousand or one million.

Pick these numbers carefully. The smallest number should be the smallest project you can imagine them wanting, but never lower than the minimum project you’d accept. The biggest number should be a good chunk bigger than what you can imagine they’d want. Aim high; you will find some pleasant surprises! If you’re not at least a bit embarrassed to say the high number, go higher. You will not scare off the prospect, since you’ve given lower options as well.

Watch and listen when you throw out the range. Often the most valuable feedback will be non-verbal. As a contractor client of mine said, “Look to see if their face gets all scrunchy when you mention the big number.” Do they look shocked? Or do they seem to genuinely consider the biggest option?

Typically prospects will choose one of the three that is closest to what they were thinking, often with some additional qualification. For example, “Well probably closer to $5,000, although that may still be on the high side.” This is golden, and everything you need to make an effective proposal.

Offer three options in your proposal

Now that you have a ballpark range, you can hone in further on the budget by offering three different options in the proposal: small, medium, and large. These options should be closer together than the big range you used above. For example, if they said $5,000, maybe you come back with $5,000, $8,000, and $10,000.

Always make the biggest option bigger than you think possible. I taught this to the owner of a popular blog, and she was shocked when an advertiser picked a package way bigger than she’d ever sold before. It got her confidence up, so she put an even bigger option in a future proposal, and before too long somebody bought that one, too!

There is a science to picking the price points in your proposal. To learn about that, read my article here.

What have you found effective in teasing the budget out of a prospect? Do you have an awesome success story? Or an awesome horror story? Let us know in the discussion below.

3 Keys to Sell a Big or Complex Project